Map editor mods add extra content to the map editor. (Installing Fortunes Pack is required for the DVD version of Far Cry 2 for most of them.) If you're new to map editing, you can start off with this guide here.

A relatively new server manager that still has developer support (via the 'Far Cry 2 community' Discord server). While it still lacks some features, more is expected to be added as development goes. (Note that it automatically adds an 'FSL' abbreviation in front of the server name that cannot be removed.)

Janne252's editor mod adds plenty of new content, including textures. It comes with its own launcher, which makes it very easy to install/uninstall the mod files. (This is also a fixed version that will not produce maps that can cause game crashes in Windows 10, like the original does.) 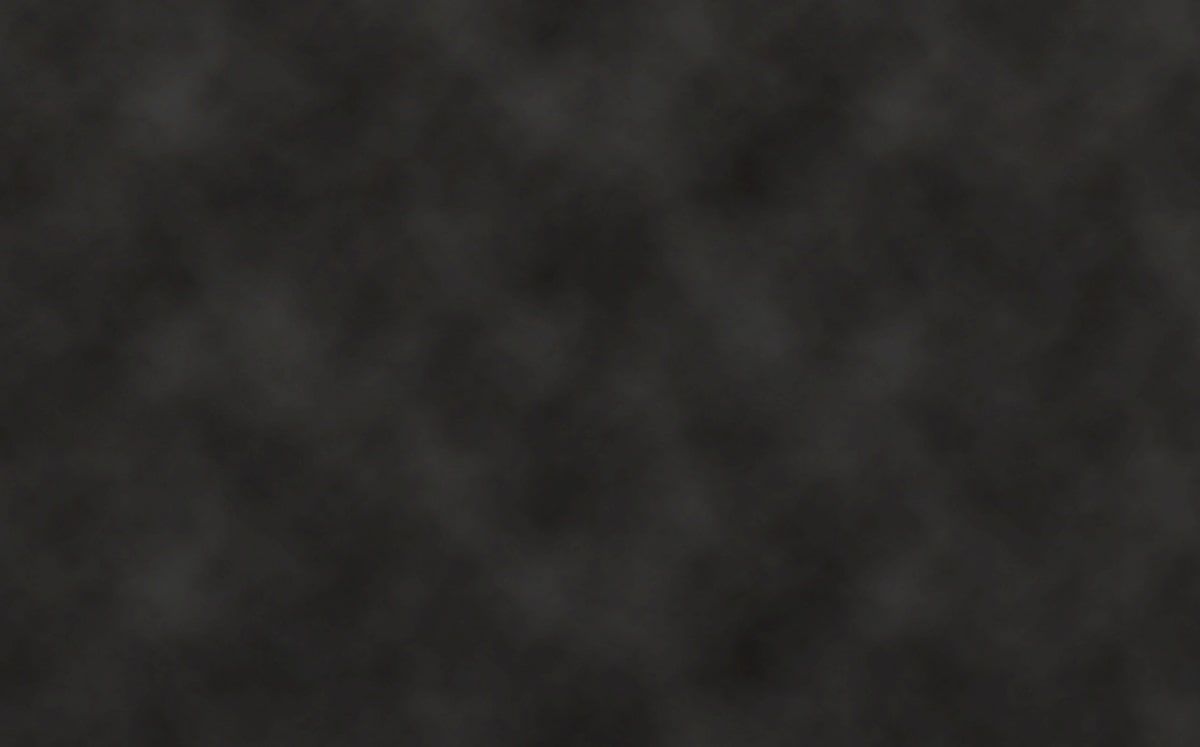 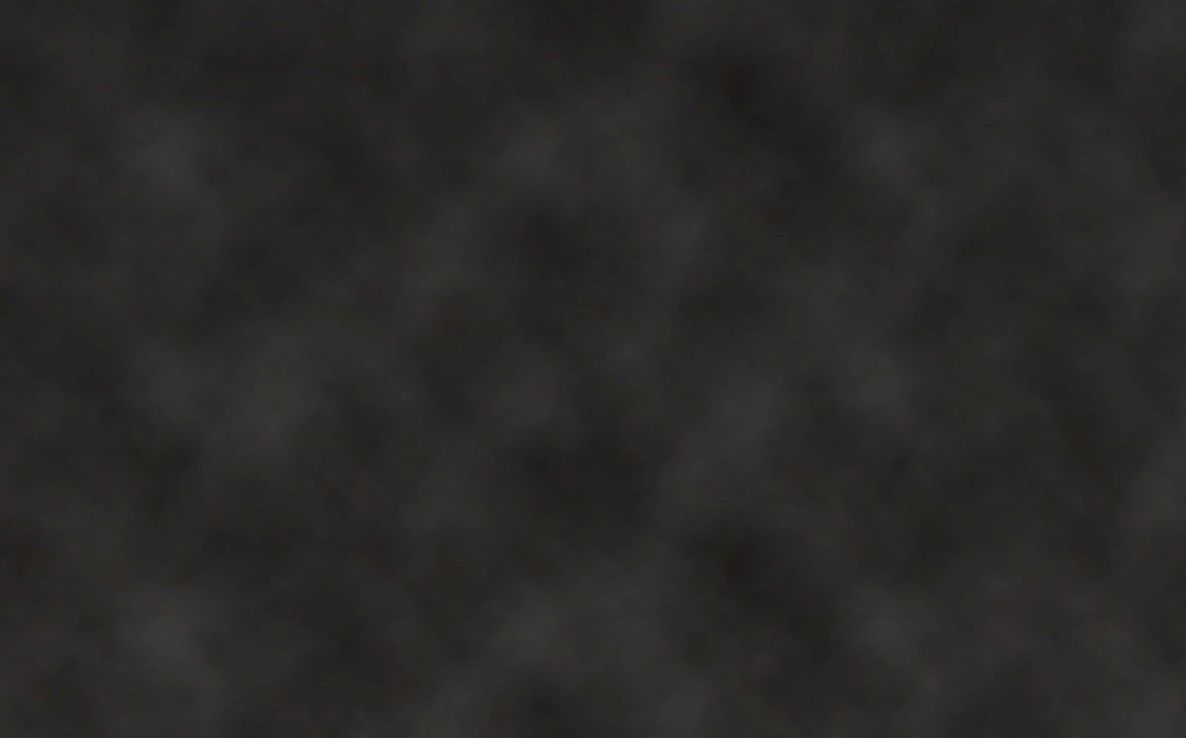 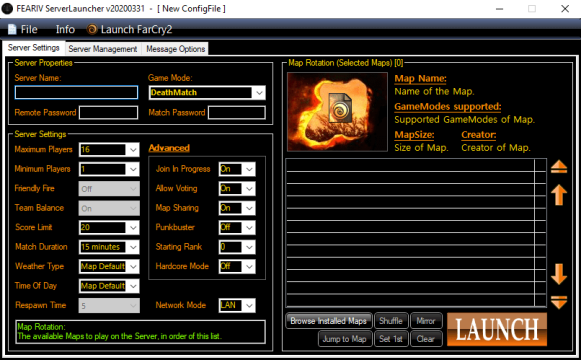 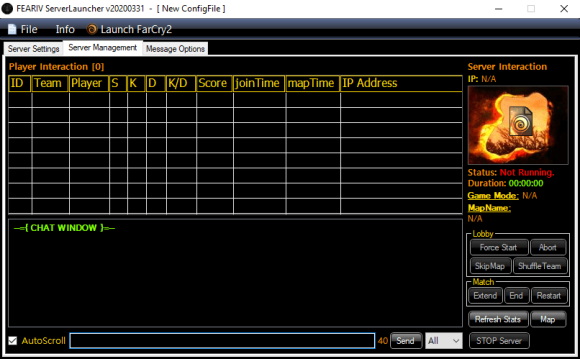 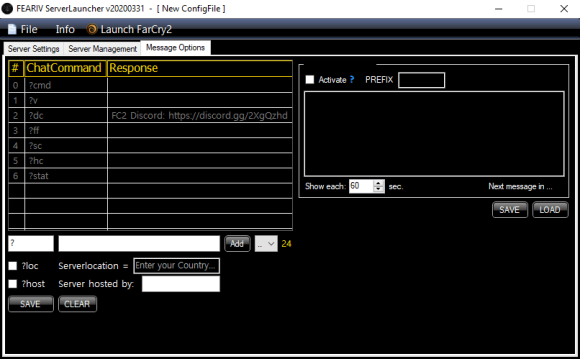 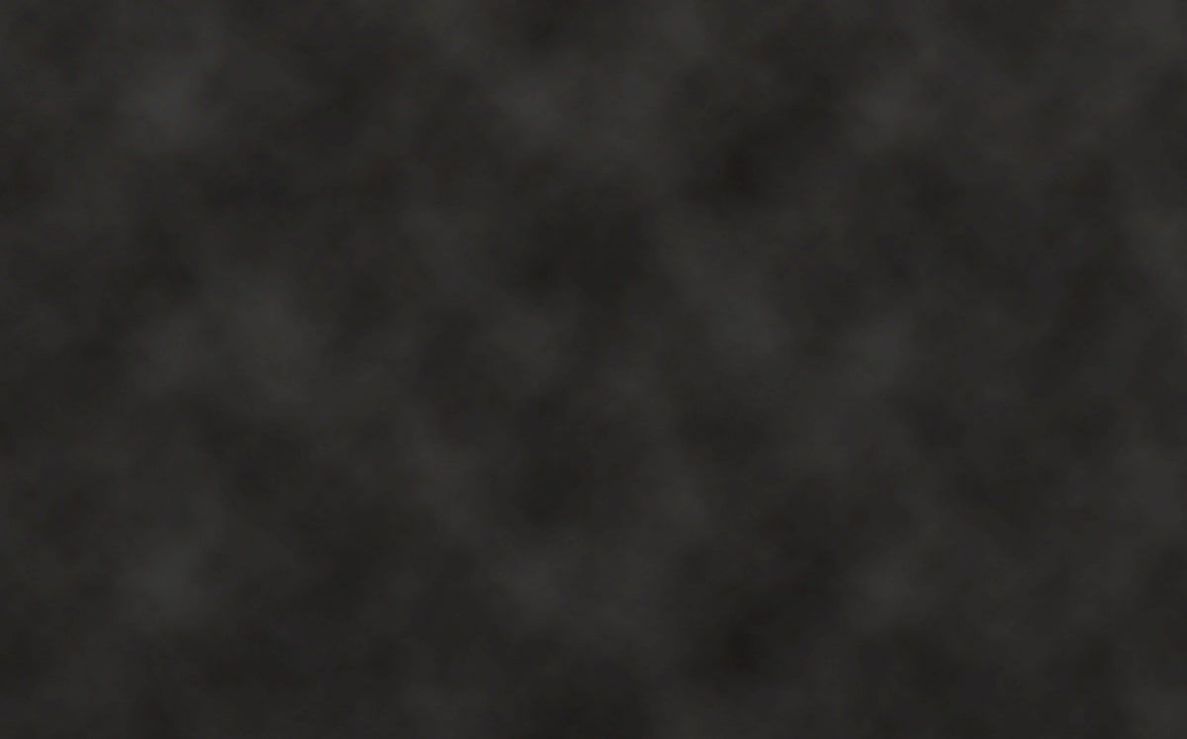 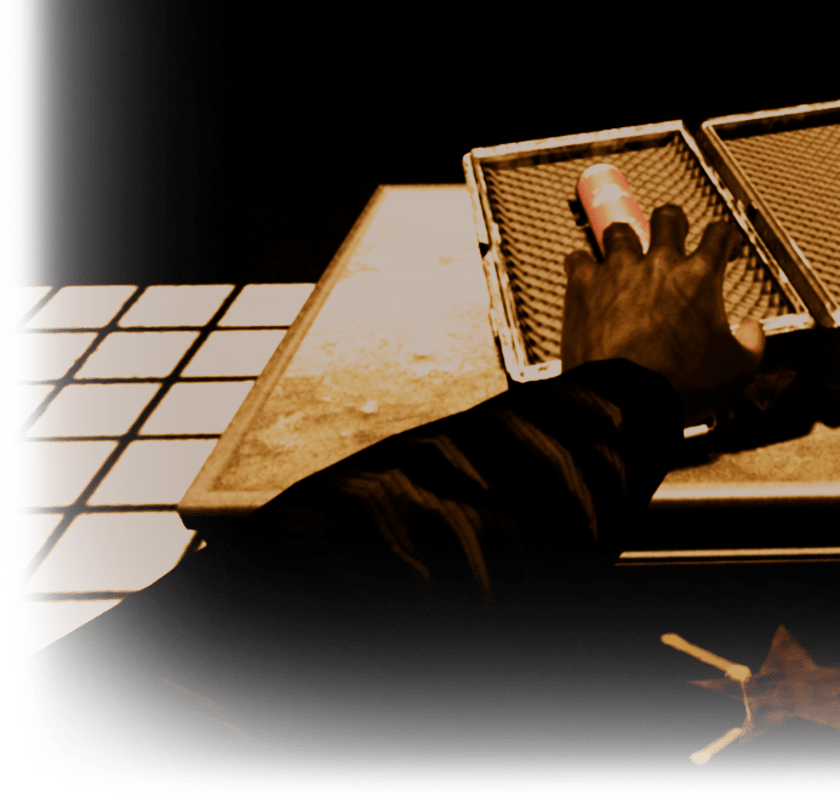 Al's mod is a great choice that introduces many new objects. (This version also has the Janne252's editor's textures added. The credits for them go entirely to Janne252.)

The Multi editor has many extra objects and some unique textures. While it's also a great mod, it is not recommended to those using the FC2MPPatcher, as it has a modified Dunia.dll that's not compatible with the utility. (Removing the mod is necessary to be able to play multiplayer, both, online and on LAN.)